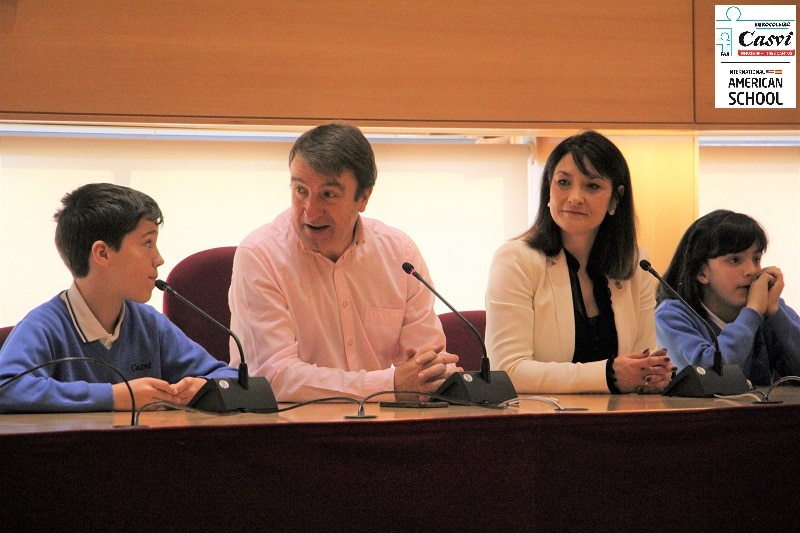 Within the Unit of Inquiry “How we organize ourselves” Grade 5 students have visited Tres Cantos City Hall this morning. There, they have known its operation and have made different proposals to the Mayor Mr. Jesús Moreno.

The students have been able to see the structure and functionality of the town hall where the Mayor and the Education Chancellor Mrs. Marisa Peña were waiting for them.

There, as true politicians, they have occupied the chairs of the assembly room where they have presented their proposals and concerns as citizens.

The most discussed topics have been those related to the Environment since the creation of more green spaces to more bike lanes or the protection of animals; development of the city as the plan for the new sector or road safety policies and what about the access from the M-40 to Tres Cantos.

After that, they have visited the different departments and have even been able to sit in the chair of the Mayor, who, just for a moment, has passed the baton to one of our students.

Finally, the Mayor has given two book of the history and organization of Tres Cantos to our Head of School Mrs. Virginia Caballero.

Through the International Baccalaureate methodology, learning experiences outside the classroom allow our students to make real connections with the world around them by developing their reflection, inquiry and communication skills in real environments.