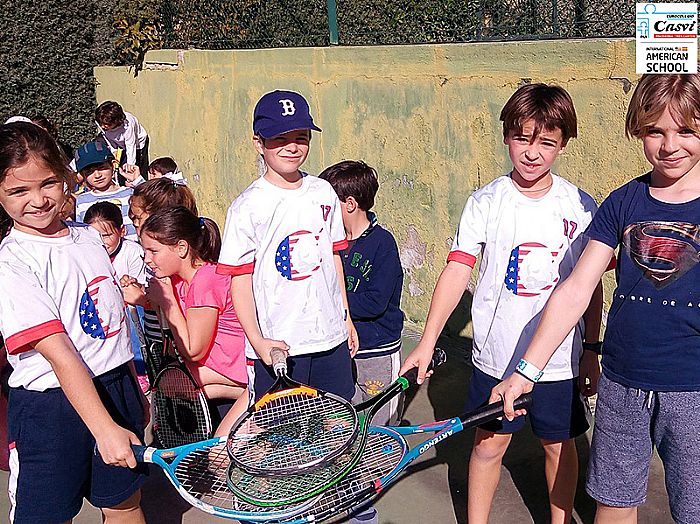 At Casvi International American School we start our youngest students in competitive sports practice. Proof of this is the participation last weekend in the Mini Tennis tournament of the Northern League organized by the Sports Center Manolo Santana of Boadilla del Monte.

The tournament was addressed to the youngest players, between 5 and 8 years old, who were able to enjoy games and matches adapted to their age along with other clubs participating in the Northern League.

In particular, the practice of mini-tennis is a natural method to discover if children have the skills to play tennis. However, at these ages, the most important thing is the practice of physical activity, have fun, learn new skills and lay the foundations for good sportsmanship.

All of them demonstrated their control of the racket on the court and each received a candy bag, as well as a medal for their participation in the tournament.