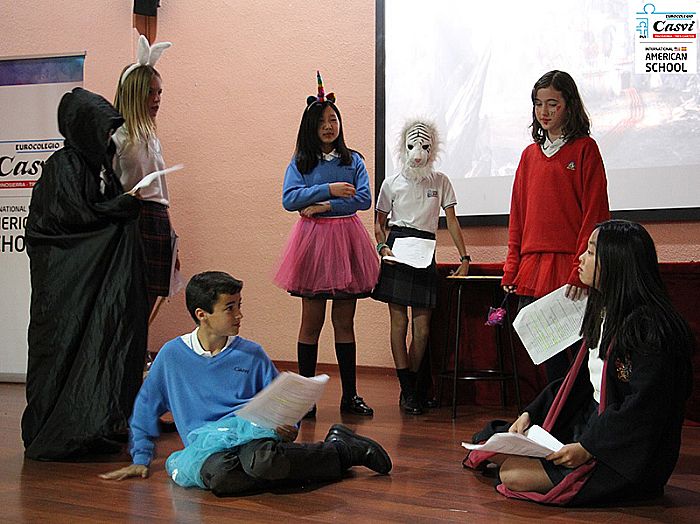 What do a mysterious man, a unicorn, a rabbit and a Harry Potter character do in the same story? Our 6th Grade students have the answer. They rewrote the classic “Alice in Wonderland” by adding some significant and original changes.

Within a creative writing project, our students were divided into two work groups. First, they had to read the classic story and decide which key element(s) in the story to change.

Then, after rewriting the story, they performed it.

One group changed the cast by introducing characters from other modern stories and changing the gender of the protagonist to provide a fresh slant.

The second group changed the script by setting the story in the present. They created a modern version in which Alice talked with the rabbit by Whatsapp!

If you could rewrite any fairy tale, which would it be and what changes would you make?