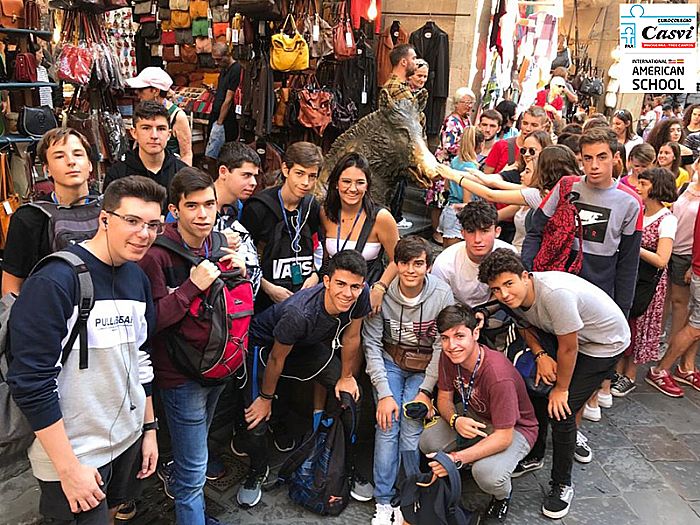 The students of 1º of Bachillerato continue their Giro d’Italia towards the north, passing through Tuscany and discovering incredible places like Assisi, Siena, Ferrara and Florence the birthplace of the Renaissance.

After leaving Rome, the first must-see place on the map was Assisi, where they had the opportunity to take a tour around the city and admire the grandiosity of buildings such as the Temple of Minerva in the Piazza del Comune.

Siena has been the first stop in Tuscany. Declared a World Heritage City by UNESCO, it has numerous monuments and museums, but without a doubt, the facade of its cathedral has left our students breathless.

And finally, they arrived in Florence, the capital of Tuscany and one of the most beautiful cities in the world according to Forbes. Its culture, architecture and monuments make it an essential for anyone who wishes to discover “the Athens of the Middle Ages”.

Our students reach the final stretch of their trip not before getting lost on the canals of Venice, but that is what we will discover on the next page of this diary.