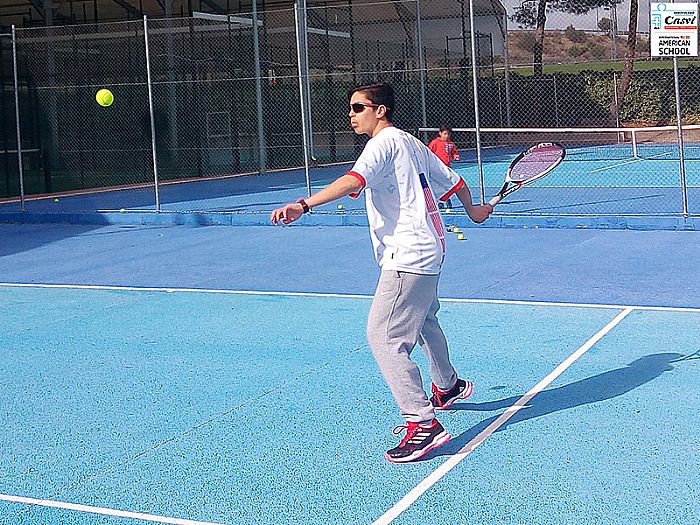 Casvi International American School tennis team continues to be successful. Last Saturday they played against Moralzarzal in the ADS League with a positive score of 0-3.

From Casvi participated Pedro González, Andrés González and Daniel Gómez; they all won in each category. On this day, only three games were played due to the last minute losses of several sick players by the two teams.

On the other hand, on Sunday they played 4 matches in the Northern League against El Estudiante and with a result also favorable for our team (1 – 4). On this day played: Daniel Gómez and Anastasia Petrova in the Children’s category and Roland Gómez, Andrés Flores and David Mallavibarrena in the Cadet category.